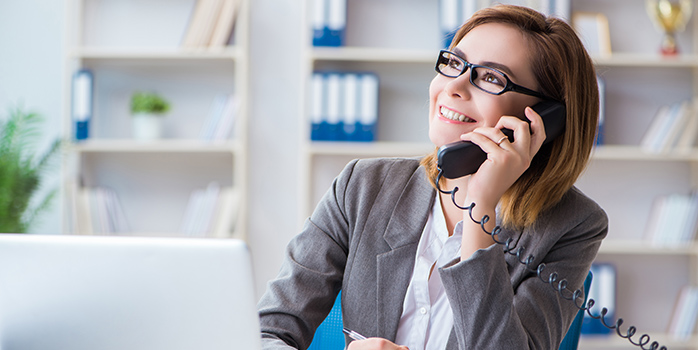 Regardless of the capabilities a Hosted PBX phone system can bring to your business,  as a cloud service, voice quality and reliability is reliant on your Internet having the capacity to adequately manage the demands of your operation.

With the roll-out of fibre across nation, and most notably the NBN, Australia is fast becoming accustomed to quicker internet services – despite its imperfections.

Whereas acceptance of slow Internet speeds for many data related business applications has a level of tolerance, the same can’t be said in regard to VoIP,  whereby anything less than a business-grade Internet service may cause latency ie; poor call quality due to packet-loss – which has zero tolerance in a business environment. Nonetheless, the good news is that technological advancement of the Internet has made it easy enough to avoid this from eventuating in most instances.

The simple maths to determine your requirements for a cloud-based, Hosted PBX phone system is as follows;

Note: the above does not take into consideration contention factors associated with internet connections such as; NBN 50 & NBN 100; whereby full bandwidth is not guaranteed with these asymmetrical connections. Likewise, whereas QOS is often a prudent measure to create a clear path for voice packets to reach their destination, QOS is not available with these connections.

Importantly, the router used with your Internet connection is business-critical, and in our experience there’s a lot to be said for spending a little extra on a device such as a managed Cisco CPE – from a reliability, capability and support perspective (these routers are often charged as a monthly fee by providers).

All things considered, NBN 50 & 100 is likely to be ideal for many businesses; and EoC is often perfect when fibre is not available in the area. That said, point to point symmetrical fibre connections offer business-grade solutions that larger operations benefit from its security, high-availability and equal upload and download bandwidth.

CPE: Customer Premises Equipment located at a subscriber’s premises and connected with a carrier’s telecommunication circuit.

Router: A network device that forwards data packets between computer networks – directing the traffic of data packets over the Internet such as; email, web browsing and VoIP.

VoIP: (Voice over Internet Protocol) – phone calls made over an internet connection, as against traditional phone lines.